What is Merino Wool?

The History of Sneakers

The history of sneakers has an early beginning and they’ve been around longer than you think. Today, the sneaker is here, there, and everywhere. You wear them to work, play sports and go running, to school, out in the evenings to restaurants - today there is no event where these shoes don’t fit in. With the most popular global icons partnering and parading around in some of the world's most recognizable footwear brands, the sneaker actually had very humble beginnings.

The term ‘sneakers’ has been in use for well over a century now. In 1917, Henry Nelson McKinney, as US advertiser used the term because their rubber soles made the shoe’s wear quieter and stealthier, as if they were sneaking.

Learn more about why sneakers are called sneakers in our quick-read blog post. You may also pick up a few more terms too!

Early on in the 1870s, sneakers were known as plimsolls, which draws inspiration and comparison from the horizontal plimsoll line on a ship’s hull. They were primarily worn by those on vacation and popular sports people of the era due to their comfort. The only downside at the time was the lack of distinction between left and right foot! However, their evolution was aided thanks to Charles Goodyear who had invented vulcanized rubber in 1839, and this material was later applied to shoes. It was in 1886 that the first ever sneaker company was born. Come the turn of the 1900s, these athletic shoes became increasingly popular for leisure and outdoor activities. They have been on a constant path of transformation ever since.

Sneakers Spark a Surge In Demand

The early 1900s saw huge demand for these shoes and by 1917, they were in mass production. That very same year, Converse All-Stars (named after founder Marquis Converse) were born. Several years later, they were endorsed by Indiana Hoops star player Chuck Taylor and they became known as the Chuck Taylor All-Stars, and to this day, they remain the best-selling basketball sneakers of all time.

The US sneaker market grew steadily post World War I, with young boys lined up to buy sneakers endorsed by sports stars. There were men’s sneakers and women’s sneakers, and they were marketed for an array of different sports.

The 1936 Olympic Games held in Berlin were a catalyst to popularizing sneakers to the rest of the world. The US basketball team adored Converse throughout the tournament, while US runner Jesse Owen won four gold medals wearing track shoes designed by Adolf Dassler, who established global sports brand Adidas. For Dassler, business boomed thanks to athlete performance, and prior to World War II, they were selling 200,000 pairs a year.

By the 1940s, a number of sneaker brands which still exist today had been up and running for years and decades. This included the likes of New Balance, Fila, Gola, Wilson, Mizuno, and many more.

From the 40s onwards, there was a cultural shift in sneaker attitudes. The younger generations started to wear them more as a fashion statement rather than for sports. More new brands began to emerge such as Diadora, Onitsuka Tiger, and Puma. During the 50s, leisure activities grew and became a more essential part of life. Schools even started to relax their dress codes, making room for sneakers in the classroom. It was around this time when sales really started to boom, so much so that it started to affect the sales of leather and standard shoes. This led to the birth of two of the world’s most iconic brands in the 60s - Nike and Vans.

Come the 1960s, the first ever running sneaker with ripple soles (New Balance Trackstar) entered mass production. The release of this shoe couldn’t have come at a better time as during the 70s, jogging became increasingly popular and trainers designed for the purpose of running were solid-sellers. Soon, even more athletic footwear was created for even more specific sports such as football, basketball etc due to advancements in technologies.

The 80s and 90s was a key era for sneakers. With many brands gaining more and more popularity, and sales growing, the shoe market was now well and truly for the masses. The likes of Nike, Adidas, Reebok were becoming household names and more celebrities started to endorse sporting shoes. Designs, patterns, colors evolved with current trends, setting the foundations on what we know as sneakers today.

During the 1980s, the world saw one of the biggest brand x star partnerships - Michael Jordan and Nike - which resulted in the Nike Air Jordans. To this very day, they are one of the most famous sneakers and the Air Jordan entity continues to rake in colossal sales. It was also in this decade that we witnessed the sales of the first $100 trainers. Nike Air 1s, Nike Air Jordans, and the Reebok Pumps all had the three-figure price tag.

The turn of the 1990s meant competition was now fierce. No longer were sneakers competing against other shoe types, but against other sneaker brands. Marketing became focal with huge budgets, and endorsements with sports stars and celebrities grew far larger than ever before. They became marketed as a fashion statement, not just as sports shoes.

As we entered a new millenia, the sneaker market was jam-packed with brands, sports star endorsements, fashion houses adopting the style, and more sales than ever. Nike acquired Converse and Adidias acquired Reebok demonstrating the power and wealth of sporting brands. More so, fashion culture took new strides with musicians like Jay Z endorsing footwear brands. These endorsements evolved into collaborations, with one of the most successful partnerships being Kanye West’s Adidas Yeezys, which became a best-selling shoe. As a piece of apparel, sportswear and shoes are unavoidable both in the mall and online. Searches for ‘sneakers’ in Google shows searcher growth and it looks like this will continue well into the coming years and decade.

The value of sneakers sky-rocketed from 2010 onward. Three-figure price tags are very much a staple in today’s retail world. There has even been some record-breaking sales where  kicks have sold from tens-of-thousands of dollars to those in the millions-of-dollars bracket. And, it looks like there is no stopping it as the global athletic footwear market is projected to hit $95.14 billion by 2025.

At Giesswein, we take sneakers seriously. We know what you wear on your feet will always be more than just shoes. Are you wanting to look fashionable yet be comfortable all at the same time? Then Giesswein is the brand for you.

Our wool sneakers are designed to be light on your feet, flexible, and offer extreme comfort. They are perfect for an everyday shoe. The properties of merino wool help keep feet warm in the winter and cool in the summer so you can wear Giessweins all year round. Plus, our non-slip EVA sole boasts greater shock absorption and lasts longer than other sole types.

Giesswein is a family founded business now run by third generation Giessweins. We are passionate about reinventing the positive attributes of wool to create unique products that you will find irresistible. With our extensive wool knowledge, we’ve become Europe's largest producer of 100% virgin wool clothing which includes men’s, women’s, and children’s ranges spanning footwear, clothing, and more. 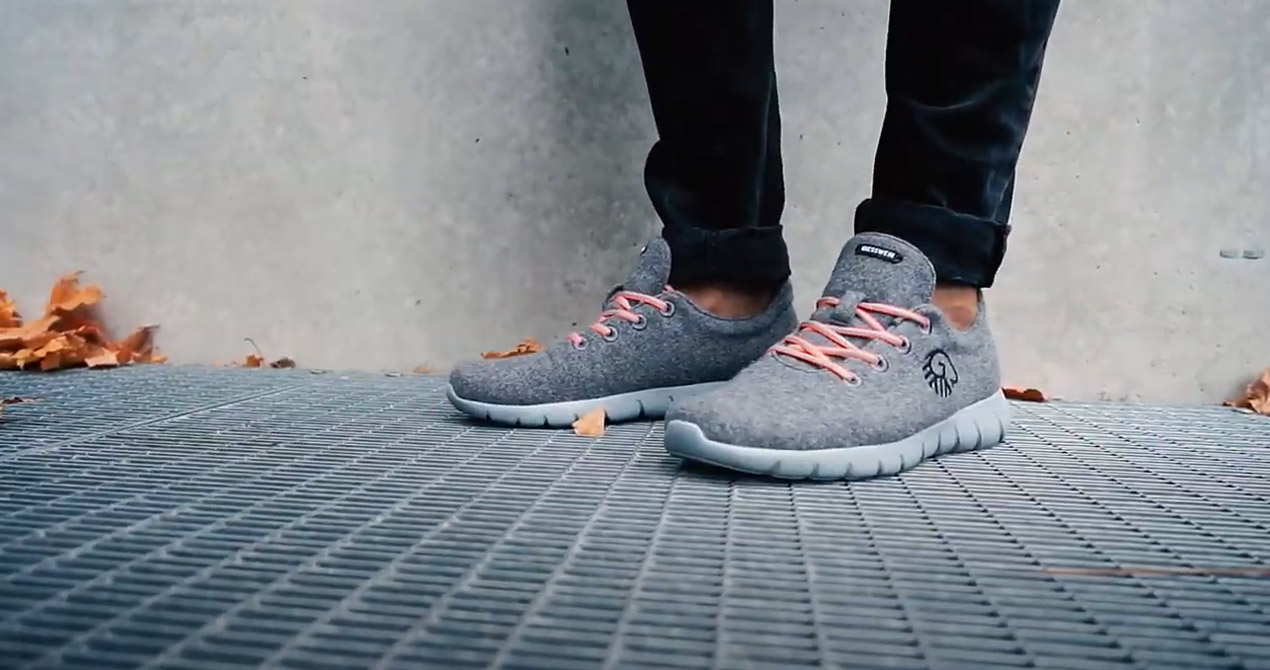